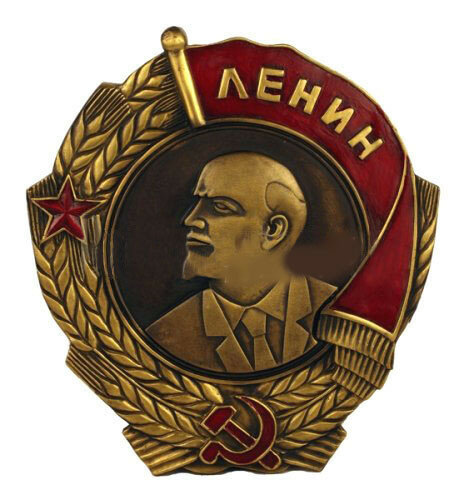 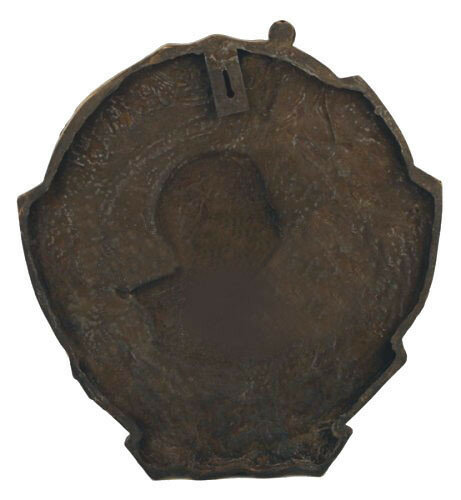 In Soviet times, such as cast iron and bronze Order hung on the gate of large factories, companies, hospitals, labor outstanding achievements in their field. One such well-preserved examples we found and made absolutely precise copy. Upstairs there is a hole for mounting on a vertical surface (wall, cabinet, board the yacht). Luxurious interior and a great gift.

The Order of Lenin (Russian: Орден Ленина, Orden Lenina), named after the leader of the Russian October Revolution, was the highest decoration bestowed by the Soviet Union. The order was awarded to:

Civilians for outstanding services rendered to the State,
Members of the armed forces for exemplary service,
Those who promoted friendship and cooperation between peoples and in strengthening peace
Those with meritorious services to the Soviet state and society
From 1944 to 1957, before the institution of specific length of service medals, the Order of Lenin was also used to reward 25 years of conspicuous military service.

Those who were awarded the titles “Hero of the Soviet Union” and “Hero of Socialist Labour” were also given the order as part of the award. It was also bestowed on cities, companies, factories, regions, military units and ships. Corporate entities, factories, various educational institutions and military units who received the said Order applied the full name of the order into their official titles.

The order was established by the Central Executive Committee on April 6, 1930.